Dog Show Confidential: Sneaking in the Back Door of Westminster Connie Newcomb 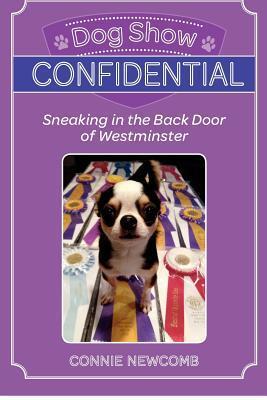 On a warm spring day in 2008, Connie Newcomb walked into a class for show dog handlers with a borderline crazy, man-hating Chihuahua puppy named Broadway and absolutely no idea of what to do. From that day on, her life would never be the same.

SheMoreOn a warm spring day in 2008, Connie Newcomb walked into a class for show dog handlers with a borderline crazy, man-hating Chihuahua puppy named Broadway and absolutely no idea of what to do. From that day on, her life would never be the same. She has come along way since then, and what a trip its been. In February 2012, Newcomb did make it to the prestigious Westminster Kennel Club Dog Show in New York City, though not in the way she ever expected. For anyone who tunes in, the popular annual broadcast offers a glimpse of the best of the best among canines.

But a closer look behind the scenes at what it takes to get there reveals a society with its own language, hierarchy, and complex traditions. Newcomb was so fascinated by what she saw and heard that she recorded the entire journey in DOG SHOW CONFIDENTIAL: Sneaking in the Back Door of Westminster. Over countless weekends on the dog show circuit, what Newcomb witnessed firsthand topped anything she could have imagined she would.

What began as an innocent attempt to fill her empty nest swiftly turned into a rollicking ride that brought her face-to-face with a host of indelible characters, canine and human, including the infamous Patty Hearst and her award-winning French bulldogs. Each day brought new adventures and new obstacles, as well as new members to her ever-expanding pack of tiny dogs, and its all unleashed in this laugh-out-loud book. Does it recall the film Best in Show? You bet it does! Before getting swept up in the dog show world, Newcomb never thought that she would one day appear on television (Good Day, New York) with her herniated hell bitch or write a book like DOG SHOW CONFIDENTIAL.

Sure, there are plenty of dog books out there, many of them heartrending memoirs by pet lovers or how-to manuals on raising or training dogs. But there is no book about dogs and dog shows written by a true do it yourself insider, rather than a journalist. See what it takes to really understand the dog show world and walk the green carpet under the Westminster banner at Madison Square Garden.

Follow the adventures of Broadway (aka Kate), Carl, Leeloo (the supreme being), Gypsy, Jack, Rocky, and Yoshi (the pack master), along with an assortment of characters you just cant make up! Today, Newcomb spends most of her time attending dog shows- she currently owns and handles four champion Chihuahuas, including Rocky, an Award of Merit winner at Westminster 2010.

This is her first book. For more on Newcombs adventures, please check out the website at www.dogshowconfidential.com/

Comments
Comments for "Dog Show Confidential: Sneaking in the Back Door of Westminster":