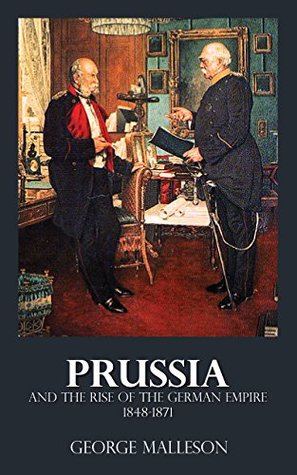 THIS book deals especially with a period of German history of twenty-three years’ duration. Beginning with the French Revolution of 1848 it records the rousing in Germany of passions long pent-up, and, for the time, difficult to be controlled or directed- the manner in which these passions were eventually mastered- the great void and the fierce longing they left behind them- the use made by one of the chief Powers of Germany of the feelings and aspirations thus dormant, and, finally, the complete reversal, by the means employed by that Power, of the positions held in Europe till that period by Austria and Prussia on the one side, by France and Germany on the other.During this period of twenty-three years there occurred in Europe five wars- and although, of those five wars, two, the Crimean war and the Franco-Austrian war require in this volume but a cursory notice, the other three, viz., the Danish war, the Austro-Prussian war, and the Franco-German war constitute the three steps which made possible the refounding of the German Empire.

The second and third of these wars would have been impossible without their predecessor. For if the first of the three, the Danish war, may be regarded as a small thing—the whole of Germany being pitted against the smallest country in Europe—it was, nevertheless, the necessary prelude to the wars that followed. That war, and the two greater wars of 1866 and 1870, had been predetermined in the mind of the regenerator of Germany before a shot in the first had been fired.

The initial war, in fact, was needed to cause the second- the second to produce the third. The Danish war, then, far from being a war of secondary importance, was the first act of a deliberately planned system- the first consequence of the introduction of that policy of ‘Blood and Iron’ which, in one of his earliest speeches to the Prussian parliament. Count Bismarck declared to be necessary for the solution of the great questions which were agitating Germany.