Five Ring Circus: Myths and Realities of the Olympic Games Christopher A. Shaw 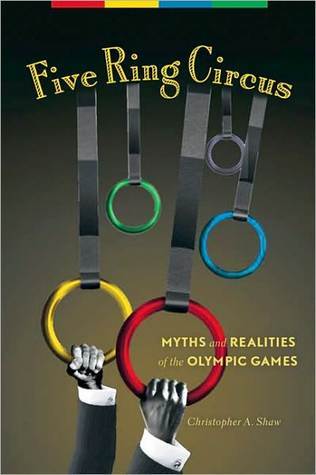 A historical perspective on the original intent and players in the Games from the days of their creation answers trivia quesitons like who was the first athlete to win the gold?, while adding a nostalgic touch, and the chapter on dissent and resistance of the Olympics in other cities brings the whole book into international focus. - Christina Ferrero, Epoch TimesThe shiny rings of the Olympic Games have grown tarnished over the years as doping, corruption, and other scandals rise to the surface. Those scandals are the tip of the iceberg, according to author Christopher A.

Shaw, the lead spokesperson for several anti-Games groups.Five Ring Circus details the history of how Vancouver won the bid for the 2010 Games, who was involved, and what the real motives were. It describes the role of corporate media in promoting the Games, the machinations of government and business, and the opposition that emerged.Disturbing questions come to light: Why does the International Olympic Committee pay no taxes?Who are the real estate developers behind the Vancouver bid?Why are mega projects paid for with tax dollars?What are the true costs of the Games?The Olympic Games, once considered the pinnacle of athleticism and fair play, have become a cesspool of greed, backroom deals, and the wholesale trampling of civil liberties.

In Vancouver, preparations for the 2010 Games have had a substantial negative impact on the environment and have resulted in the economic cleansing of the poor and homeless.This book is a cautionary tale for future Olympic bid cities, and will appeal to those concerned about the effects of globalization on many aspects of life.Christopher A. Shaw is a professor at the University of British Columbia. He is a founding member and lead spokesperson for the No Games 2010 Coalition and 2010 Watch.

He lives in North Vancouver.

Comments
Comments for "Five Ring Circus: Myths and Realities of the Olympic Games":